So as a public service, my trusty spreadsheet composed a 2022 quality-of-life scorecard that’s designed for Californians who are considering a new home state.

This ranking’s recipe is a mix of livability factors key to a Californian’s successful out-of-state relocation. It uses benchmarks for wealth, nurturing, livability, foundation and popularity for the 49 other states. The data was taken from state-by-state “best places to live” scorecards, other gradings of key economic factors, plus a dash of government data.

The “happiest potential landing spot” for folks who want out of California sits just up the Pacific coast — Washington state. No. 2 was Virginia, followed by Massachusetts, New Hampshire and a tie for fifth place between Utah and Vermont.

This same math says Californians on the move should avoid Louisiana. Its status at the bottom of this scorecard was just below Mississippi, Alabama, New Mexico and Oklahoma. (Full results can be found by clicking the map above or GO HERE!)

And just so you know, California’s economic arch-rivals had uninspiring results on this scorecard — Texas was the 13th worst place to go and Florida ranked only 20th best.

So what’s the secret sauce of a great state for a soon-to-be ex-Californian?

Let’s look inside the scorecard to see leaders and laggards in the five elements that created this relocation ranking. Try to ponder these topical gradings as clues as to which states to consider should any of these factors be really important to your move-making decision.

Wealth: Many departing Californians seek “affordability” and/or “opportunity.” You know, “show me the money.” So, the size of paychecks, job prospects, cost of living and overall economic oomph is important.

The spreadsheet says New Hampshire is the best spot for your wallet, then Indiana, Minnesota, Iowa and Virginia. Worst for finances? Wyoming, then New Mexico, Louisiana, Connecticut and Alaska.

Nurturing: The quality of education and healthcare is on the minds of numerous exit-minded Californians. These are critical relocation factors for families and retirees alike.

For people eyeing schools and/or medical care, the spreadsheet says Massachusetts is No. 1, then Connecticut, New York, Vermont and New Jersey. Worst? Louisiana, then Nevada, Mississippi, Oklahoma and Alabama.

Livability: It’s hard to leave the California weather — and its accompanying lifestyle. So climate, natural beauty and attractions must be a relocation consideration.

For those keeping “fun” in their departure formula, the spreadsheet says Hawaii is tops, then Florida, Massachusetts, Washington state and Rhode Island. And playful Golden Staters should be wary of Indiana, then Oklahoma, Mississippi, Alabama and Kentucky.

For what we might call “traditionalists,” the spreadsheet says Idaho is your ideal place followed by Utah, North Dakota, Virginia and Vermont. Avoid Louisiana, then New Mexico, Arkansas, South Carolina and Mississippi.

Popularity: Talk is cheap. Let’s admit rankings are more conjecture than concrete evidence. So I’ve included states and their share of new residents from California, based on last decade’s migration patterns.

The spreadsheet says Nevada has the most ex-Californians in its population, then Oregon, Idaho, Arizona and Hawaii. Conversely, it’s hard to find an ex-Golden State resident in Delaware, then New Jersey, Alabama, Pennsylvania and Kentucky.

So what do the “winners” of this contest do right?

For No. 1 Washington state, it’s a mix of beauty and money. The state ranked fourth-best for livability and No. 6 for wealth and popularity. The Evergreen State also offers the 16th-best nurturing and 22nd-best foundation to those considering a move.

No. 2 Virginia combines opportunity, traditional values and all-around high grades. It was fourth-best for foundation and No. 5 for wealth. The Old Dominion life ranks No. 14 for livability, No. 15 for nurturing and No. 18 for popularity.

No. 3 Massachusetts’ reputation for top-notch schools and healthcare is a key lure as it was top-ranked for nurturing. It also scored high for livability (third-highest) and foundation (No. 14). The Bay State had mid-range grades for popularity (21st) and wealth (22nd) tied to its high cost of living.

No. 4 New Hampshire’s low cost of living got it a No. 1 for wealth. It also scored No. 7 for nurturing and foundation and No. 10 for livability. But few Californians don’t go to the Granite State — it’s 37th for popularity.

Tied for fifth, Utah is for ex-Californians seeking a “traditional” lifestyle as evidenced by its No. 2 ranking for foundation. Californians like the Beehive State as shown by a No. 8 rank for popularity. It was No. 12 for wealth and 13th for nurturing. It’s flaw, a No. 33 score for livability.

The other No. 5, Vermont, scored high for nurturing (fourth-best), foundation (fifth-best) and livability (eighth-best). But the Green Mountain State is only 23rd for popularity and maybe that’s linked to a No. 28 ranking for wealth.

Don’t trust my math? Or simply want a second opinion?

Here are the top states based on the average rankings of four “best states” scorecards from U.S. News & World Report and Top Agency, plus WalletHub’s family-friendly state rankings, and MoneyRates’ top states for retirees grades …

Best? Vermont was No. 1, then Nebraska, Iowa, New Hampshire and North Dakota. 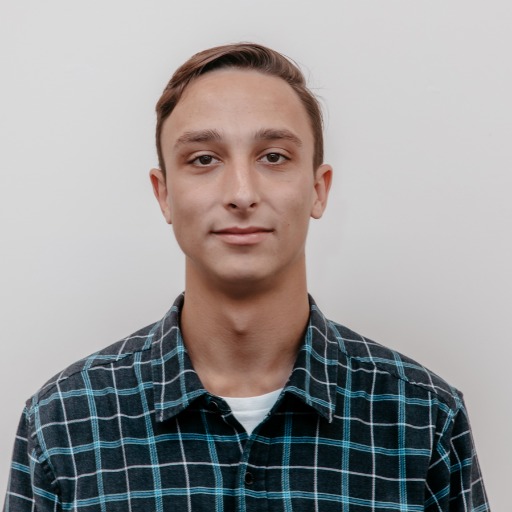 Joined Weichert Realtors - Sierra Pacific Group to embark on an entrepreneurial journey working with a great team to build strong connections and provide the perfect solution to all clients. With a go....

Moving out of state can be a very stressful and challenging experience. Whatever your destination, Weichert Realtors® Sierra Pacific Group can handle every detail for you.Depending on your

By registering, you agree to our terms of use and that real estate professionals from Weichert, Realtors® - Sierra Pacific Group - Folsom and lenders may call/text you about your inquiry, which may involve use of automated means and prerecorded/artificial voices. Message frequency varies. Text HELP for help or STOP to cancel. You don't need to consent as a condition of buying any property, goods or services. Messages/data rates may apply. Additional information about data use is in our privacy policy.